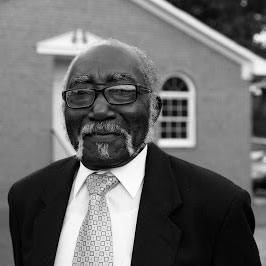 I had the opportunity to speak to my two cousins about their earlier life and childhood. Recalling the past and asking questions brought interesting conversation.

Bennie Lee Neely, better known as “Ben” was born April 21, 1935. He is the third oldest child of Willie Henry “EC” Neely and Lonnie Bryson-Neely. He was born in the community of Ekom Beach and lived in a small house below Grandpa Neely (J.R.). Ben stated that he remembers when his parents moved to the Hickory Tavern community where his mama’s family lived. In an old wagon daddy packed up and moved the family. I remember them putting a brake with a stick attached to a metal piece on the front wheel of the wagon, then the other wheels would drag to slow down or stop when going around curves and down hills. Daddy moved us to the Pitts Farm.

Otis Thomas Neely, better known as “OT” was born November 17, 1936. He is the fourth child of Willie Henry “EC” Neely and Lonnie Bryson-Neely. OT explained the great mystery around his name. Rumors were that OT was his real name and OT explained that the rumor was the truth. He explained that when he was school age Aunt Margie “ML” informed him that his name was only the initials “O.T.”. O came from Otis and T came from Thomas. However, he is still OT and sometimes “T” to his family and friends.

Baseball seemed to be a favorite pass time. We would make a baseball using rags and a bat made from a piece of an oak tree. The front yard would become the baseball field; it was on then, playing with our cousins.

We also played horseshoes & hide and seek. We also had movie night at school on Wednesday nights. It was 25 cents to watch movies on a movie projecter. Mr. Earl Putman would show movies. Every week it was a continuation until a series of five movies were completed. We would work and save our pennies to see the movies.

Family chores for us began in the morning before school. Milking cows, bringing in wood, feeding the hogs and chickens, and taking the cows out of the barns for grazing. I remember one morning I got the cows out to the patures to eat honeysuckle and a bob cat cried out “Man, I left!….daddy had to find them cows and bring them home!”

You see we had to keep the cows away from bitter weed and wild onions, because if you didn’t you couldn’t use the milk.

Sunday meals were big; we would have fried chicken, macaroni and cheese, rice and gravy, green beans, and biscuits. Desserts would be egg custard pie, ginger bread, or peach cobbler.

Now, through the week we would have black eye peas, cabbage, turnip greens and cornbread. For supper we had cornbread and buttermilk and baked sweet potatoes.

For clothing we wore nickers to church and overalls to school and we had them old fashioned brogans shoes. Daddy would repair our shoes and by March, the small nails would be coming through. Then we would go barefooted. School was in session from October to March and in that month we would go a half day and come back home to help on the farm for the next crop.

Education: The church schools only went to the eighth grade and if you did not have transportation that was it, because the state did not provide buses for the blacks.

Rev. W.D. Coker was married to Mamie Neely and he was a teacher and principal. He bought a bus, Booker T. Brown drove it, and children in this community went to Mt. Carmel School and finished. Mr. Shellie Garrett had a car, his daughters would pick up children in the neighborhood and they went to Sanders High. Daddy got a car for Willie C and he did the same thing with picking up children to go to Laurens and finish high school.

We went to church at Bethel Hall and Hopewell. Daddy was a Deacon at Hopewell Baptist Church.

Things were different then, there were no conveniences. We drew water from the well and went to the springs and hauled water. The cooling place for milk was a bucket in the well or spring and anchored by a rock in the spring.

We are blessed; Mama and daddy had seven children all boys. Willie C., William Arthur, Cecil and Furman have gone home to be with the Lord, but We are blessed.

Photographed and compiled by the wife of a great-great-grandson of Wister Lee Garrett.