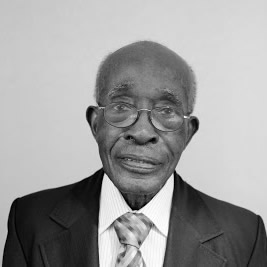 During the month of April 2012, I spent the month with my Dad at his home in Sumter South Carolina. I had the privilege of him sharing some of his life history with me. Here is what I learned.

Where did you live and attend school in your early years?
I attended school in Sumter, Kendall Institute and later Savage Glover through 7th grade. I graduated from Lincoln High School in 1937. I had seven brothers and one sister. We lived in Alcolu, Gable, Manning and Sumter South Carolina, where my dad was a black smith and my mother was a homemaker.

In Manning we attended the Presbyterian Church School. We did not attend public school, because it was quite a distance away. Our school was segregated and we did not play with the white children, although we lived in the white section of town.

After graduating from Lincoln High School in 1937, I attended Johnson C. Smith University in Charlotte, North Carolina. I left Smith after a year and a half, because I had no money to pay the tuition.

When I left Smith in 1939, most of my family had moved to New York. I went to stay with my older brother Taft in Sumter . He worked at Brooklyn Cooperage (Barrel Makers). That summer, Taft and I moved to New York to find jobs. My first job in New York was a shoe shine boy in a Barber Shop. I went to the state employment office and found a job at Leroy Hosiery Company as a sweeper. Eventually I was upgraded to shipping clerk.

What were your favorite songs and music?
Coming up, I used to sing in the Junior Choir. Miss Bell McCoy, a teacher at Savage Glover, played the organ at our church. My favorite song was “Going Home”. I was in elementary school at Kendall Institute.

What world events had the most impact on you while you were growing up? Did any of them personally affect your family?
World War II had an impact on my family. All of my brothers went to war, except me. All of them have passed away, except me. When I went to be drafted, I had a heart murmur. It never bothered me though. They sent me to be examined by a doctor. He referred me to a specialist who confirmed that I had a heart murmur. So I did not go to war. I worked for the Federal Government in the Post Office. The military called me to be reexamined a couple of times, but each time the murmur was still there. My classification was based on working for the Federal Government. I believe it was 4A. When the war ended I worked in the Post Office. My Post Office classification was War Service Indefinite. After the war the Post Office gave a test to employees. I made 99% and was converted from a Regular Sub to a Regular.

In June of 1944, when my son Ray was born, I passed out cigars in the Post Office.

How did you meet your wife, Arthuree Neely?
We met in High School ( Big Smile). I was in the 11th grade and she was in the 9th grade. I used to visit her. We used to sit on the porch and swing in the evenings. “I was not afraid of the dark”. I took her to the Junior and Senior Reception (Prom) at Lincoln H.S.

We corresponded and I came back to Sumter on a visit the year before we were married. I stayed with cousin Maggie Blackwell on my 2 week vacation in 1942. I proposed marriage to Ree and wrote a letter to her mother Maggie Sullivan Neely, asking her if she would trust her to me. Mrs. Neely said yes and Ree said yes. We were married on May 26th 1943, on her graduation day from Morris College. We left for New York to start our life together.

I taught 4th grade in the New York City Public Schools for 15 years. I retired in 1983 and moved back to Sumter.